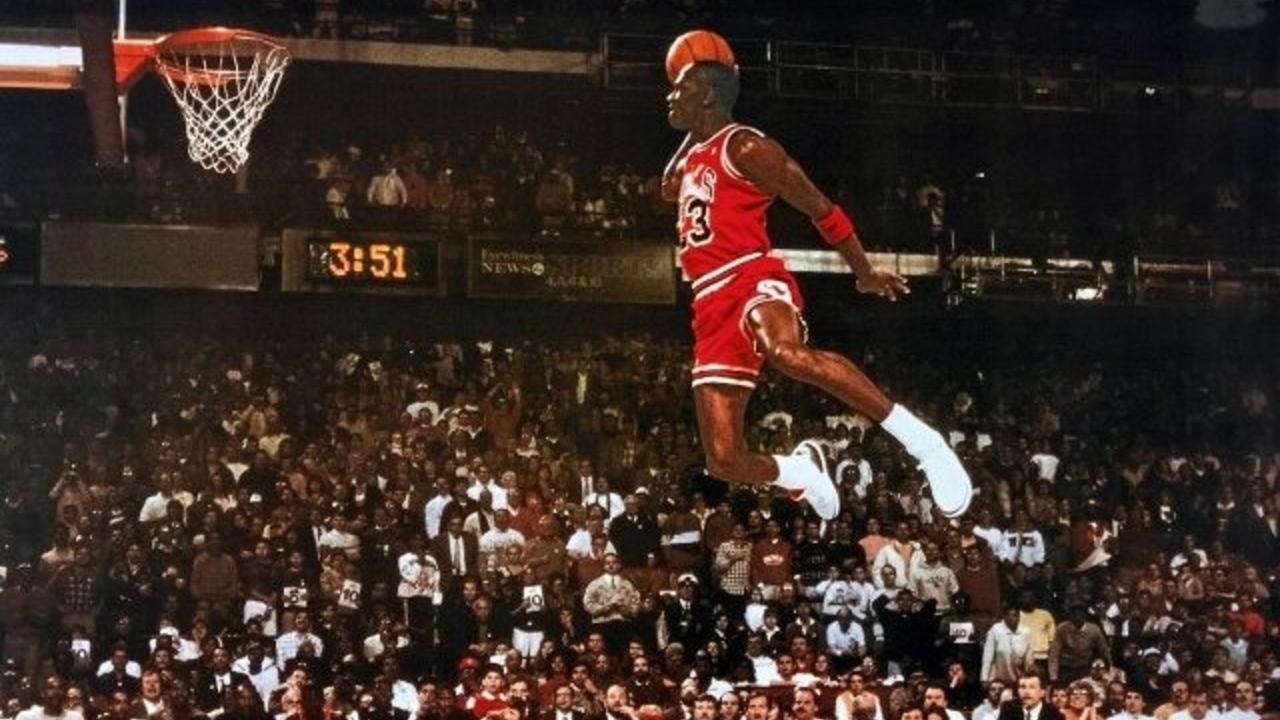 Michael Jordan was the most iconic person in the world of sports in the 90's.

And still was extremely popular well into the 00's. There are many lessons from Michael Jordan's mentality, resilience, relentlessness, hard work, and discipline. Lessons that we will explore in this essay and that can apply to anyone.

Back in the day, even if you weren't a basketball fan at the time or even a sports fan, you couldn't get enough of Michael Jordan. His wins, work rate, and mentality transcended the realm of sports and cemented them in popular culture.

His dominant performances, two 'three-peats' (winning titles back to back to back), multiple best player of the year and finals awards, Olympic gold medals, shoe endorsements, etc. put him way ahead of anyone else during that time, be it in basketball and in any other sport.

While there are many aspects we could learn and study about Mr. Jordan as an individual, an athlete, a businessman, and a leader, we will focus on the issues common to everyone who wants to perform at their best: mentality.

Mr. Jordan was a top performer. The many results he obtained as an individual and as a collective with his Chicago Bulls team are only the result of many hard years of work and perfection. Many years of trial and error, iteration, practice, and resilience.

What made Michael Special?

Basketball is a highly statistical sport.

Discussing the stats of players and their offensive and defensive performances is almost as enjoyable as the game itself. Across most sports, historical athletes are remembered for their impact on the game when they were active and are compared to their contemporaries.

When comparing their stats, present-day athletes, they usually lose. The main reason for this is how the game and tactics evolve, as well as modern nutrition and training, which become more efficient.

However, Jordan's numbers still are way above most modern-day superstars like LeBron James, Stephen Curry, or the late, great, Kobe Bryant.

And even when his numbers are still ahead of modern-day athletes, it's Michael Jordan's mentality that is still regarded as the best to play the game.

As we wrote in Sports Psychology for Top-Performing Entrepreneurs, sports, business, and war, represent three instances of peak human competition and rivalry. Where there is extreme competition, talent, and consistent peak performance end up prevailing over everything else.

Michael Jordan was at the top of the top. The number one among the number ones. When everyone at the top is as equally physically gifted, similarly talented, and equally hard-working, the mentality and drive to go a step further than everyone else also has to be the number one.

As we wrote in Productivity as a Tail End, the mentality is one of the variables to work on to achieve peak performance. According to former teammates, rivals, friends, and coaches, Mr. Jordan's mindset could be summed up as an almost psychotic desire to win.

During a phase of his career, he was accused of having a gambling addiction. When interviewed about the alleged gambling problems, he answered that he didn't have a gambling problem, but a competition problem. And he truly meant it.

Be it that you are an athlete, an entrepreneur, a businessman, or a student when you hate losing so bad that it physically hurts, you either develop the capacity to work on your weaknesses or stop competing.

The key aspects of Mr. Jordan's mindset that set him apart were his relentlessness and his capacity to work hard to make real what he envisioned. You always have to seek more and more, but you also need to have the skill and work capacity to go for it and make it come true.

Michael Jordan made everything he wanted and envisioned in his mind real. But it wasn't easy. By putting his already insane talent and skill to work, Mr. Jordan managed to make every loss a chance to identify a weakness that caused it and work on it. Every loss a chance to seek a new challenge and goal to overcome.

Ultimately, the combination of talent, hard work, and relentlessness is the best bet anyone can make to achieve their goals.

Relentlessness, defined by Tim Groover in his work 'Relentlessness: From Good to Great to Unstoppable', is "used in sports to describe the most intense competitors and achievers imaginable, those who stop at nothing to get to the end result." (1)

Not only is it a trait that is domain-specific to the sport, but it also transfers to all domains of human competition. The number of trophies and victories which indicate relentlessness in games can be won in other formats, like the number of jobs created, several successful companies created, etc.

Michael Jordan was beyond relentless. Even when having the best set of skills, physical attributes, talent and hard work, he never rested or got comfortable.

Truly think about how difficult it has to be number one clearly and have nothing to prove anymore, yet continue to have the hunger of someone who needs to prove themselves to gain a spot at the team. No matter how you measure success and which metrics you pay interest to, Michael Jordan's relentlessness is what made him the peak performer among peak performers.

Relentlessness needs to be accompanied to hard work and a successful goal setting and achieving system. Luckily for us, relentlessness can be built.

Relentlessness can be nurtured

Mr. Groover identified between three kinds of performers: Coolers, Closers, and Cleaners, being the latter peak performers who were unstoppable. Coolers can be athletes such as Michael Jordan, Cristiano Ronaldo or Rafa Nadal, and serial entrepreneurs and businessmen like Elon Musk, Henry Ford, or Amancio Ortega.

Mr. Groover identified five mental attributes common in 'Cleaners': taking responsibility, dropping excuses, believing in hard work and not in shortcuts, doing the job, and pushing oneself. Working to adopt these attributes as part of your identity and genuinely sticking to them are the safest bets to achieve peak performance and that winning mentality of Michael Jordan.

Taking responsibility was a core part of who Michael Jordan was. He always held himself to higher standards than the rest. When teammates would mess up and cost the game, he would let them know in his way (Mr. Jordan is known to be very intense and demanding), but he would also re-frame the situation as to how could he have prepared his teammates, or how he could have trained them.

One of Jocko Willink's most famous quotes is that of 'Extreme Ownership'. It's not about lying to oneself in a way that everything in the world is your responsibility, both good and bad. It's a good starting point to always see a loss as an opportunity to be better and strive for more.

When your locus of control is internal, you can successfully approach the hard work that it takes to achieve your goals, which is why dropping excuses is also essential. If you can admit to yourself where and when you have failed, you can start to work on fixing it. If you are blinding yourself with excuses, you will only protect your ego and never begin the necessary process to overcome it.

Another attribute of 'cleaners' like Michael Jordan does not believe in shortcuts. Seeking shortcuts, magic pills, and tricks are only delaying the moment that you start to work hard for your goals. Relentless peak performers believe in the long process, with smart goals and systems to achieve them—systems that need consistency, discipline, and hard work.

The likes of Michael Jordan, Cristiano Ronaldo, or Lebron James finish their summer holidays and show up the first day of training for the new season as fit as they left the last. While others relax, go on holiday, and let loose a bit, peak performers know how to slow down and rest while continuing the process and work necessary to be at the top.

Top performers' success is tied to hard work. Their talent shine because of their drive and will to continue working and pushing themselves.

But relentlessness is not the only aspect that entrepreneurs and peak performers can learn from Michael Jordan.

While everything written regarding Michael Jordan's mentality is positive, there are a few considerable downsides to everything. Mr. Jordan was notoriously hard and harsh on his teammates, to the point of bullying them if they didn't meet the standards he required of them.

Remember that Mr. Jordan's desire to win was almost psychotic (referenced by team members and coaches). There were situations where the self-hypnotizing to bring out the best in him caused relationships of pure hate with rivals like Isaiah Thomas or bullying future teammates like Toni Kukoc.

Michael Jordan would find a reason to hate someone, which would bring out his inner competitor and drive, which would ensure he'd perform at his peak and end up winning.

At Selfmastered, we believe in competition, and that it pushes us to be at our best.

We also believe in visualization and the almost self-hypnotizing to push past psychological barriers. However, taken to the extreme, competition can feed many negative aspects of oneself.

Remember that, like Productivity, the mindset is only one of the core variables that we need to work on when seeking to achieve peak performance and self-mastery. An unhealthy obsession with competition, to the point of bullying teammates, will backfire if you don't deliver.

Even if you do deliver, it is crucial to balance out the downsides with the positives. His teammates respect Mr. Jordan, because he also inspired them to push themselves harder, perform better, and win.

Relentlessness is an attribute that can be built. Owing up to your failures, taking responsibility, and working hard to push yourself could all be the thesis of any motivational video. Still, they hold as the best bets to make to live a Selfmastered life and achieve peak performance.

One lesson from Michael Jordan's mentality is that we would like to shine a light on and emphasize before concluding: identifying and working on your weaknesses.

As we wrote in On Managing Oneself, the Theory of Constraints is a way of adding feedback analysis to improve strengths and reduce the impact of weaknesses.

Borrowed from management science, the Theory of Constraints seeks to identify the limiting factor of a process and work on it until it stops being a limiting factor. Once it does, a new limiting factor is identified and taken care of until the system and process have no weak links.

Michael Jordan, who was insanely talented and physically gifted, would follow a similar approach towards his skillset. If he felt he had a weakness in his game, he would work hard to become proficient.

Not many know that Mr. Jordan, who is renowned for his offensive skills, was also one of the best defensive players in the league for many years due to always working on his perceived weaknesses.

Whenever he lost a game, he took extreme ownership and brought it upon itself to better an aspect of his game that he felt was a culprit of the loss, and he would double down on it until it wasn't a weakness.

Eliminating your weaknesses and becoming a well-rounded performer will ensure that you can consistently perform at your peak. Still, it will also prepare you for uncertainty and situations that do not go as planned.

Cultivate the right mindset and relentlessness for peak performance, as Michael Jordan did. He is only one example borrowed from the world of sports.

Wherever there are peak performers, there are great lessons to learn from. 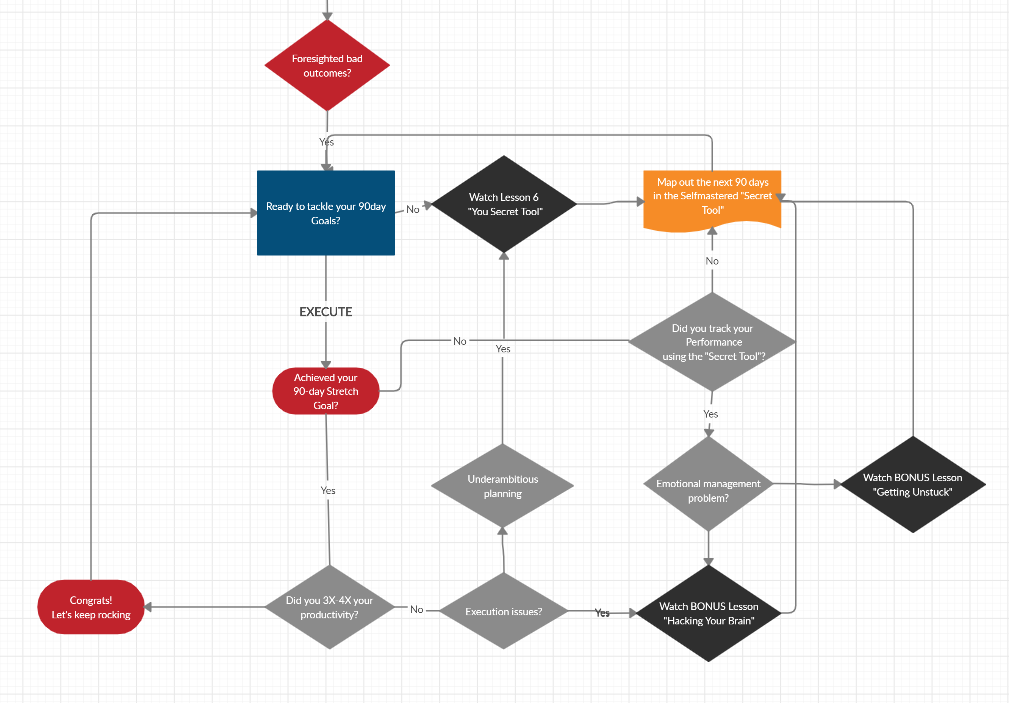 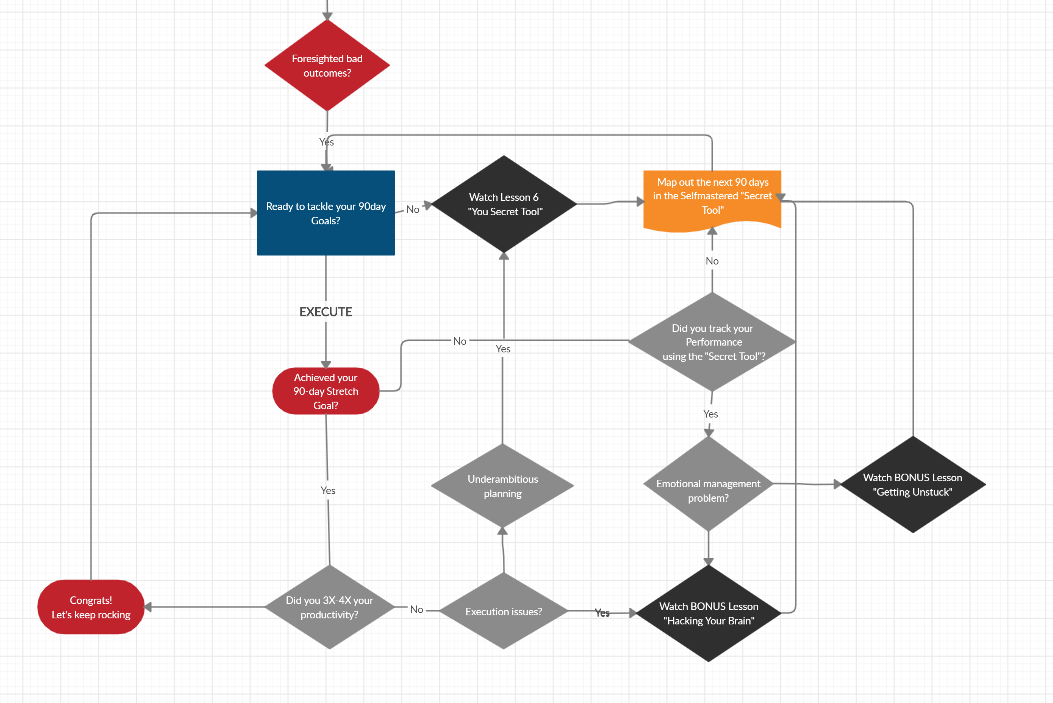