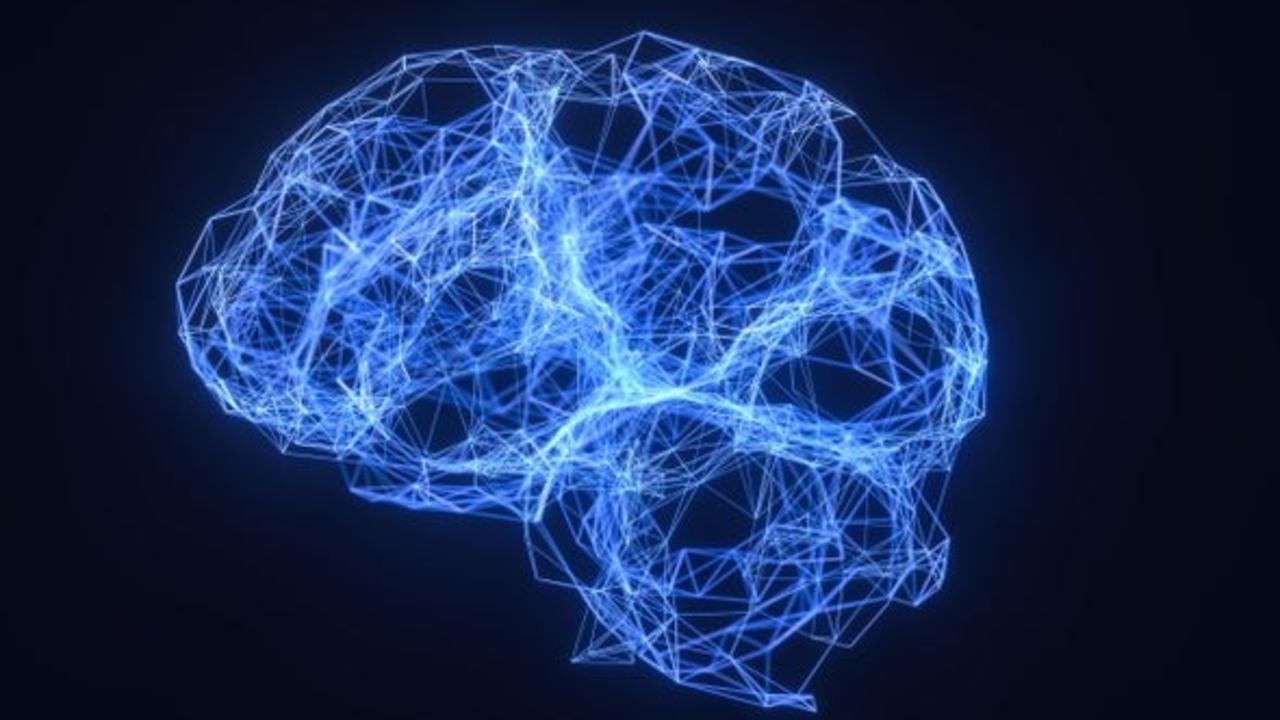 Leveraging Neuroplasticity: How to Rewire Your Brain For Peak Performance

The concepts of rewiring your brain and neuroplasticity have been used as a marketing gimmick for some time now. But they do hold a lot of truth behind them. For a long time, the idea that the brain was hard-wired and unchangeable after we reach a certain age has been the accepted norm. However, there have been studies for the last two decades that indicate that this isn’t true.

The brain isn’t hard-wired. It is “soft-wired.”

According to John B. Arden (1), our experience plays a significant role in nurturing our nature.

Our brains are not as rigid as we once thought. They are more plastic and can be modified by our experiences in life, behavior, and more. New brain cells can be born, something that we once thought of as impossible.

Concepts like neurogenesis, neuroplasticity, neural pruning, rewiring your brain and more are becoming increasingly well-known and present in popular culture. This also means that there is a lot of misconceptions around these topics and a lot of marketing gimmicks with extraordinary claims, which are simply not true.

In this essay, we at Selfmastered are clearing up some misconceptions around “rewiring your brain”, and showcasing how modern technology is disrupting our capacity of concentration and the implications this has on our brains.

First, for the purpose of this essay, let’s start with how the brain is structured.

The architecture of the brain

The brain is formed by around a hundred billion nerve cells called neurons and other support cells like neuroglial cells (2). These neurons are clustered in modules, which are the common “parts” of the brain that we all have heard about at some point of our lives: the cortex, the lobes and the subcortical.

We could mention other parts of the brain architecture, but this would mean we dive into details that are too complex for the main point we want to make in this essay. However, we do recommend you continue reading and investigating on this topic if you find it interesting.

There are a hundred billion neurons that want to connect and work together within all these parts of the brain. The way neurons work is that it is both part chemistry and electrical impulses via neurotransmitters across synapses.

Neurotransmitters are chemical messengers that serve to transmit messages between neurons (3). Some of them you may have already heard of, like dopamine, serotonin or GABA, for example. Synapses are small gaps at the end of neurons that allow a signal to pass from one neuron to the next (4).

Synapses are changing all the time, and what is commonly known as neuroplasticity is referred to the plasticity of synapses (1).

Neuroplasticity in the brain

Neuroplasticity is the ability of the brain to change continuously throughout an individual’s life. Brain activity associated with a given function can be transferred to a different location, the proportion of grey matter can change, and the synapses may strengthen or weaken over time (5).

Neuroplasticity can be observed at multiple scales, spanning from microscopic changes in individual neurons to larger-scale changes such as cortical remapping in response to injury (5).

For the self-mastered individual, the aspect of neuroplasticity that is relevant is that neuroplastic change can also occur by behavior, environmental stimuli thought, and emotions through activity-dependent plasticity (5).

The reason why neuroplasticity is misunderstood and used as a marketing gimmick is that:

Neuroplasticity has traditionally been studied to help people with brain injuries recover lost functions by creating new neural pathways where there is no injury. However, it is now also researched by peak performers in attempts of consciously rewiring our brains to learn better and more efficiently.

Before we dive deeper into rewiring your brain, note that “rewiring your brain” is an analogy. A metaphor. It is helpful to visualize very complex chemical and biological processes that happen inside our body, but not a 100% unfalsifiable concept.

For the self-mastered individual, the importance of rewiring your brain is how we learn a skill and the concept of “use it or lose it.” When you use the synaptic connections that represent a skill, you strengthen them. When you do not use them, the links are weakened (1).

To use another analogy, our synaptic connections are like a muscle. If we use them and train them periodically, our body will adapt and they will become stronger. If we do not use them, our body will also adapt and stop sending resources to them, as we have little use for them.

Due to “cells that fire together wire together”, repetition rewires the brain and breeds habits, which is the main idea behind our How to Algorithmize Peak Performance essay. In it, we show that the best way to become a top performer is to turn tasks that previously need of our attention into tasks that are “run” automatically by the power of repetition and habit.

The biological explanation behind “cells that fire together wire together” is that when neurons are fired together often, they become more efficient at doing so in the future. As we become more talented at a specific skill, our brain devotes a larger amount of space to make it possible (1).

This is best exemplified by people who are blind since birth. Blind people from birth become better at touch and hearing. This is no surprise, but their occipital cortex showed higher activity than sighted people. The occipital lobe participates in vision processing, but it was activated by touch for blind people (6).

This change in their brain was developed with years of training and repetition. While used to aid in basic survival and behavior, we can consciously learn how to “rewire” our brains to achieve peak performance.

How to rewire your brain

Neuroplasticity proves that we can change our brain structure. By following the idea that “cells that fire together wire together,” we know that we can consciously change our structure by training habits and skills via repetition, just like training a muscle at the gym.

An endeavor such as trying to learn a new behavior needs attention and focus first. Attention activates our frontal lobes, which ensure that other parts of our brain are also engaged (1). Once we have focus, effort shifts our attention from perception to action. This activates our brain to establish those new synaptic connections that we are trying to create.

After a new behavior, thought or feeling has been established, as mentioned above, it takes less energy to keep it going. As we stated in our Atomic Habits Review, developing a new habit needs some time to go from effort to effortless.

Once we have established this new habit, skill, or thought, we need the determination to keep practicing it and maintaining the established new pathways, like we support our muscles by going to the gym several times per week.

As you may have noticed, “rewiring your brain” is concerned with the purposeful practice and development of habits. Our body adapts to what we do to become more efficient. Any extraordinary claims concerning neuroplasticity or rewiring your brain is closer to a marketing gimmick than anything based on reality.

However, we will expand on the idea of focus, as it is both the first step in rewiring our brain, and it is also under constant attack in present times.

As mentioned above, to learn something new, adopt a habit and have our brain change its structure to be more efficient at performing it, we first need to focus.

Focus requires all our attention. Our modern-day workplaces and environments are designed for anything but focus and concentration. And this affects our capacity to adapt and learn proficiently.

We have written before that multitasking is a myth in our The Dangers of Attention Residue essay. In it, we showed that attention residue is the side-effect of multitasking: thoughts about a previous task persist and intrude whilst performing our current job.

Attention residue means we are driving a car with the handbrake on, needing to press the gas peal way harder to move a vehicle at the same speed without a break on would.

The solution to attention residue was to modify our distraction-prone environments and reduce the distractions to a minimum, thus allowing to enter flow state and deep work.

The reason we mention all of this is because deep work is the ability to focus without distraction on a cognitively demanding task, and it is the first step towards rewiring our brain.

Attention activates our frontal lobes (7), and they play an important role in the brain adapting, as it helps “direct the resources that are important (1).

Deep focus and attention on a new task allow for the recruitment of new connections between our neurons, instead of using already established connections. Due to us wanting to do this, create new connections exactly, the focus is essential.

Throughout many essays, we at Selfmastered have teased with the idea of rewiring our brains. For this essay, we have dived deeper into how our brain works, to add the biological and scientific background to many of the ideas that we write about.

Our brain has a hundred billion neurons. Neurons that communicate via neurotransmitters and form pathways and networks like a country form a road system to connect each city.

The roads that get used the most are reinforced with each use, whilst those who are used less will deteriorate and cease to exist. Similar to how muscles work when we are looking to train them at the gym.

The idea that our brains and neural pathways are not rigid, but plastic is fairly new. This means that there is a lot of misconceptions about neuroplasticity and “rewiring your brain”—some, mainly caused by their use as marketing gimmicks.

The truth behind neuroplasticity is that our brain adapts to our development of habits and skills as we become more skilled and proficient at them, becoming more efficient at performing said tasks.

To correctly modify our pathways and connect neurons in ways previously not connected, we undergo the standard system of developing habits and skills: focusing on the first, applying effort at learning them until they become effortless, and then maintain the practice.

It is vital to modify our distraction-prone environments and purposely focus on the tasks at hand and the skills we wish to learn for the individual who wants to achieve peak performance and self-mastery.

1. John B. Arden. Rewire Your Brain: Think Your Way To A Better Life.

3. The University of Queensland. What are neurotransmitters?